Accessibility links
Investigations Read the latest from NPR's investigative team. If you have solid tips or documents on stories we should probe, please send them to us. 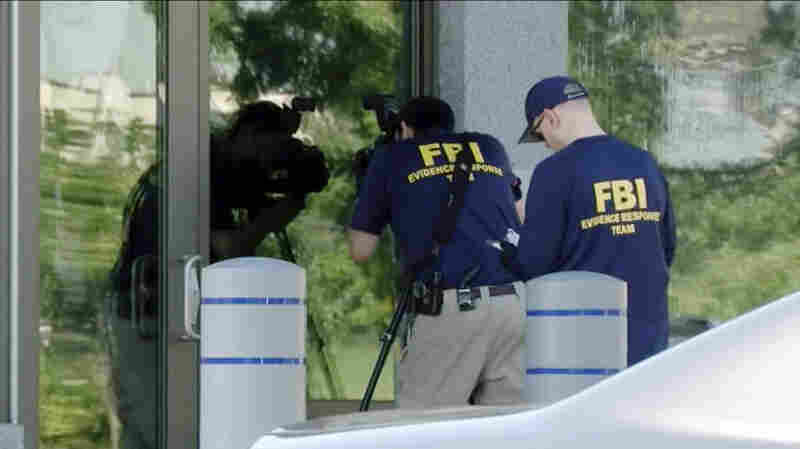 FBI agents document evidence outside a bureau field office in Kenwood, Ohio, on Aug. 11, after an armed man tried to breach the building. He fled and was later killed by law enforcement, authorities said. WKEF/WRGT via AP hide caption

August 12, 2022 • Far-right extremists escalated their violent rhetoric after an FBI search of former President Trump's Mar-a-Lago estate. An attempted breach of an Ohio FBI office has those tracking extremism worried. 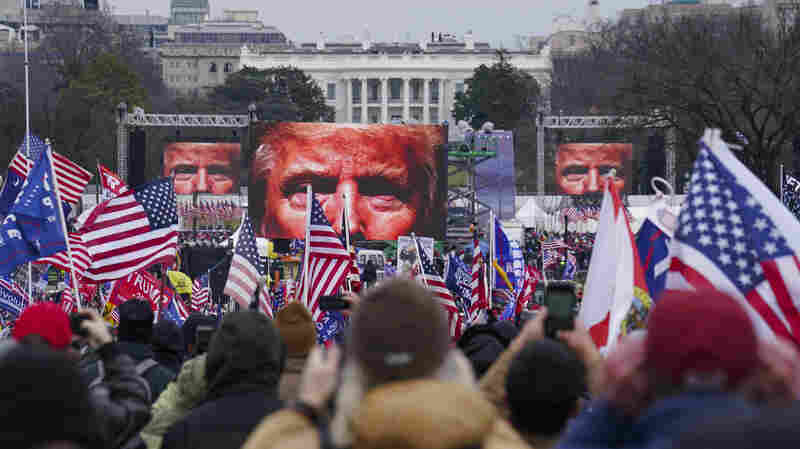 A judge unleashed a tirade on a prominent Jan. 6 defendant for his post-plea comments

August 4, 2022 • Brandon Straka pleaded guilty to a misdemeanor for egging on rioters during the Jan. 6 attack on the U.S. Capitol. The judge in the case said he has since made "questionable" comments about his plea. 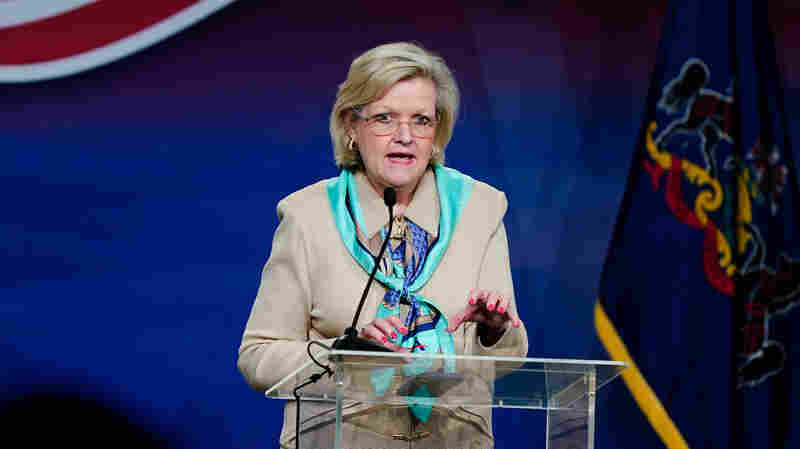 Attorney Cleta Mitchell is a senior legal fellow with the nonprofit Conservative Partnership Institute in Washington, D.C. The group has hosted "Election Integrity" summits in key states around the country, which have featured speakers from the Republican National Committee. Matt Rourke/AP hide caption

What leaked audio tells us about Trump-linked "election integrity" efforts

August 2, 2022 • Attorney Cleta Mitchell came under scrutiny after taking part in Trump's efforts to overturn the 2020 election. Now she's hosting "election integrity" events that have included officials from the RNC.

What leaked audio tells us about Trump-linked "election integrity" efforts

Got A News Tip?

At NPR, we welcome your news tips. Here's a guide to getting in touch with our newsroom and how to share sensitive information. 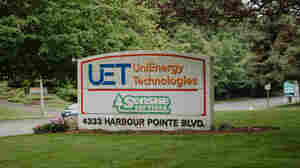 The former UniEnergy Technologies office in Mukilteo, Wash. Taxpayers spent $15 million on research to build a breakthrough battery. Then the U.S. government gave it to China. Jovelle Tamayo for NPR hide caption

August 3, 2022 • Taxpayers spent $15 million on research to build a breakthrough battery. Then the U.S. government gave it to China. 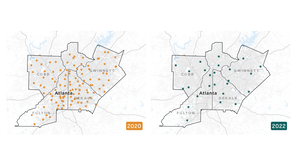 July 27, 2022 • Georgia lawmakers changed voting laws after 2020, including eliminating drop boxes in certain counties, making it harder for many voters in cities and suburbs, often people of color, to access them. 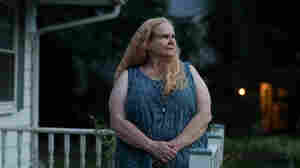 Kathy Stolz-Silvis was nine years old when her father died, making her and her siblings eligible for Social Security survivor benefits. But she didn't become aware of those benefits until decades later. Libby March for The Marshall Project hide caption

The Hidden Bill For Foster Care

Decades after foster care, she learned she was owed benefits. Where did the money go?

July 22, 2022 • After reading an investigation by NPR and the Marshall Project, former foster youth are asking what happened to their benefits — and the government isn't helping. 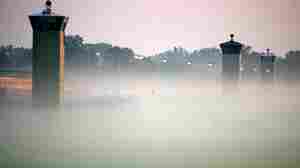 Have you been involved with a state or federal execution? We want to hear from you

July 19, 2022 • If you witnessed or helped conduct an execution in the United States, reporters at NPR would like to talk with you. 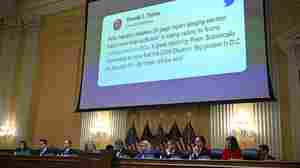 How Trump's 'will be wild!' tweet drew rioters to the Capitol on Jan. 6

July 13, 2022 • In the cases against the hundreds of Capitol riot defendants, attorneys repeatedly reference how Trump's tweet motivated rioters to come to Washington, D.C. — sometimes with weapons and armor in tow. 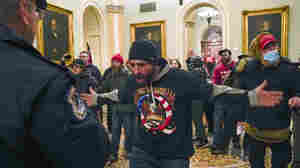 The congressional committee investigating the Jan. 6, 2021 attack on the Capitol will focus on the role of QAnon and extremist groups like the Oath Keepers and Proud Boys in its upcoming hearing. Prosecutors have identified the man at the center of this photograph as a QAnon-supporter named Douglas Jensen. Jensen has pleaded not guilty to all charges. Manuel Balce Ceneta/AP hide caption

Here's what we know about links between extremists and Trump allies

July 11, 2022 • Aides to the congressional committee investigating the Jan. 6, 2021 attack on the U.S. Capitol said the next hearing would focus on extremist groups and their possible links to Trump and his allies. 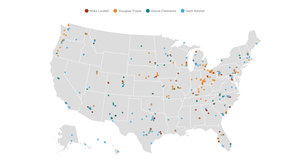 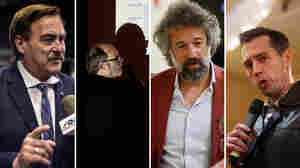 July 5, 2022 • An NPR investigation found that since the Capitol riot, the election denial movement has moved from the national level to hundreds of grassroots events across the country. Here are four key takeaways. 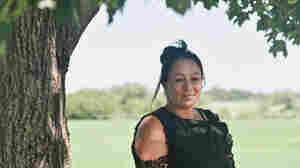 "This will help a lot of single parents out there," Daisy Hohman, a Minnesota mother whose tax refunds were garnished after her three children were placed in foster care, says of the change in federal guidance. Meg Anderson/NPR hide caption

The Hidden Bill For Foster Care

July 1, 2022 • Following an NPR investigation, the Department of Health and Human Services issued guidance to state and county officials that lets them stop charging parents whose children are placed in foster care. 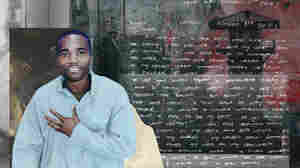 Bobby Everson and a letter he wrote to his family while he was incarcerated in the Special Management Unit at the new U.S. penitentiary in Thomson, Ill. Aaron Marin for NPR hide caption

How the newest federal prison became one of the deadliest

May 31, 2022 • Federal prisoners said to be the most dangerous are sent to a special unit at an Illinois penitentiary. NPR and The Marshall Project have uncovered violence, abuse and a string of inmate deaths there.

How the newest federal prison became one of the deadliest 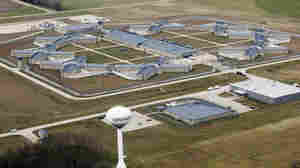 The federal Bureau of Prisons announced in 2018 that it was moving a special unit that had been plagued with violence to a new federal prison complex in Illinois. Some hoped it would be a fresh start and a chance to improve conditions. But things only got worse. Charles Rex Arbogast/AP hide caption

Five things to know about one of the deadliest federal prisons

May 31, 2022 • Federal prisoners said to be the most dangerous are sent to a special unit at a prison in Illinois. NPR and The Marshall Project uncovered violence, abuse and deaths there. Here are five takeaways. 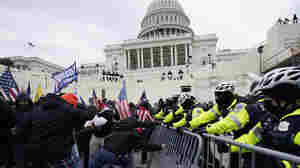 Timothy Hale-Cusanelli of New Jersey was found guilty on all five criminal counts he was charged with. Hale-Cusanelli breached the U.S. Capitol building on Jan. 6, 2021, though he did not assault police or commit property damage that day. Julio Cortez/AP hide caption 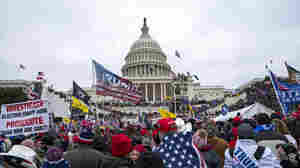 Prosecutors allege that Timothy Hale-Cusanelli is a white supremacist who breached the U.S. Capitol on Jan. 6, 2021 intent on causing a second "civil war." His defense attorney contends that Hale-Cusanelli frequently makes "bombastic" statements and uses "offensive" language, but that he entered the Capitol as a result of "groupthink." Jose Luis Magana/AP hide caption

May 24, 2022 • Timothy Hale-Cusanelli is the latest defendant to face trial for his alleged role in the Jan. 6, 2021, U.S. Capitol riot. Federal prosecutors say he was intent on inciting a second "civil war." 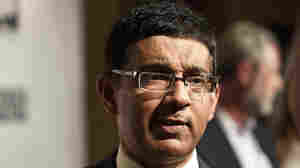 Dinesh D'Souza, seen here at a premiere of one of his films in 2018, has released a new film alleging voter fraud in the 2020 presidential election. Fact checkers have cast doubt on many of the film's claims. Shannon Finney/Getty Images hide caption

A pro-Trump film suggests its data are so accurate, it solved a murder. That's false

A pro-Trump film suggests its data are so accurate, it solved a murder. That's false 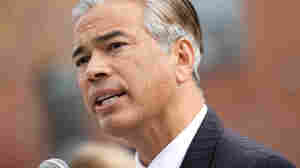 The office of California Attorney General Rob Bonta announced it is investigating oil and gas companies for allegedly deceiving the public into believing most plastic could be recycled. Justin Sullivan/Getty Images hide caption

April 28, 2022 • California's attorney general is investigating oil and gas companies for allegedly deceiving the public that most plastic can be recycled, citing NPR and PBS Frontline's investigation of the industry. 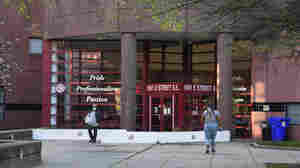 The exterior of the Washington, D.C., jail where a group of defendants charged in the Jan. 6, 2021, attack on the U.S. Capitol are detained. The atmosphere has grown tense as they await their trials. Michael S. Williamson/The Washington Post via Getty Images hide caption

April 14, 2022 • Allegations of bullying and intimidation as well as complaints about the distribution of more than a million dollars in donated funds have led to bitter conflict among Jan. 6 Capitol riot defendants. 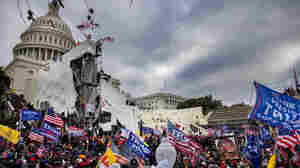 Tensions Are Rising Among Jan. 6 Defendants In A D.C. Jail

April 14, 2022 • A U.S. House investigation into the Jan. 6 attack on the Capitol is entering its final phase before lawmakers' findings become public later this spring.

Tensions Are Rising Among Jan. 6 Defendants In A D.C. Jail 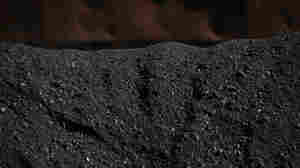 A new study provides the first evidence of its kind that silica dust is responsible for the rising tide of severe black lung disease, including among coal miners in Appalachia. Luke Sharrett/Bloomberg via Getty Images hide caption

April 13, 2022 • A new study links the epidemic of severe lung disease among coal miners to toxic silica dust. The findings echo a 2018 investigation by NPR and the PBS show Frontline. 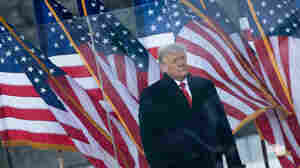 Then-President Donald Trump speaks to supporters near the White House on Jan. 6, 2021. Hundreds of Trump supporters later stormed the U.S. Capitol in an attempt to disrupt the certification of President Biden's victory. Brendan Smialowski/AFP via Getty Images hide caption

March 28, 2022 • A judge ordered lawyer and Trump ally John Eastman to give records to Congress' Jan. 6 committee, saying that Trump and Eastman's plan amounted to a "coup in search of legal theory" on Jan. 6. 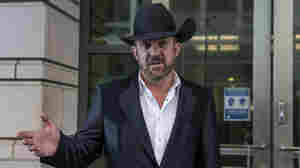 Couy Griffin, a commissioner in Otero County, N.M., speaks to journalists as he leaves the federal court in Washington, D.C., on March 21, 2022. Gemunu Amarasinghe/AP hide caption

'Cowboys for Trump' leader is given a mixed verdict in his Jan. 6 Capitol riot trial

March 22, 2022 • A federal judge found Couy Griffin, a county commissioner from New Mexico and founder of the group "Cowboys For Trump," guilty on one of two counts stemming from the Capitol riot. 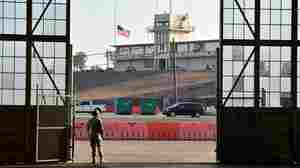 After 20 years of setbacks, the U.S. military court in Guantánamo Bay, Cuba, is exploring the idea of settlement talks for the 9/11 detainees. If that happens, the defendants could plead guilty, serve life in prison and avoid the death penalty. Mladen Antonov/AFP via Getty Images hide caption

March 21, 2022 • After 20 years of failure, the U.S. military court in Guantánamo is admitting a 9/11 trial may never happen. Instead, the defendants may plead guilty, serve life in prison and avoid the death penalty. 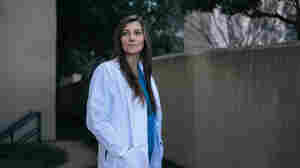 Courtney Gramm waited seven months to receive her nurse practitioner license in California. Nursing boards, meant as a safeguard, have become an obstacle, preventing qualified nurses from getting into the workforce for months when basic vetting should take only weeks. Alyssa Schukar for NPR hide caption

Listen to a reporter roundtable of this story