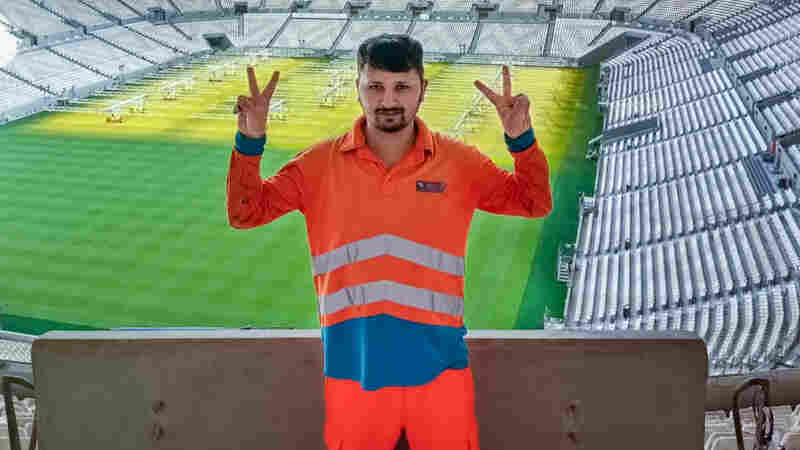 Anish Adhikari, now 26, worked construction jobs in Qatar for 33 months in the lead-up to the World Cup. In this 2021 photo, he poses inside the new Lusail stadium, which he helped build and which will host the World Cup final on Dec. 18. Adhikari says the Nepali agent who got him the job misled him about working conditions in Qatar: "They sell a dream that's not reality." Anish Adhikari hide caption

Death and dishonesty: Stories of two workers who built the World Cup stadiums in Qatar

December 2, 2022 • Vinod Kumar of India and Anish Adhikari of Nepal are among the many migrant workers who helped build the stadiums. Adhikari says he was misled about working conditions. Kumar died on the job.

Death and dishonesty: Stories of two workers who built the World Cup stadiums in Qatar 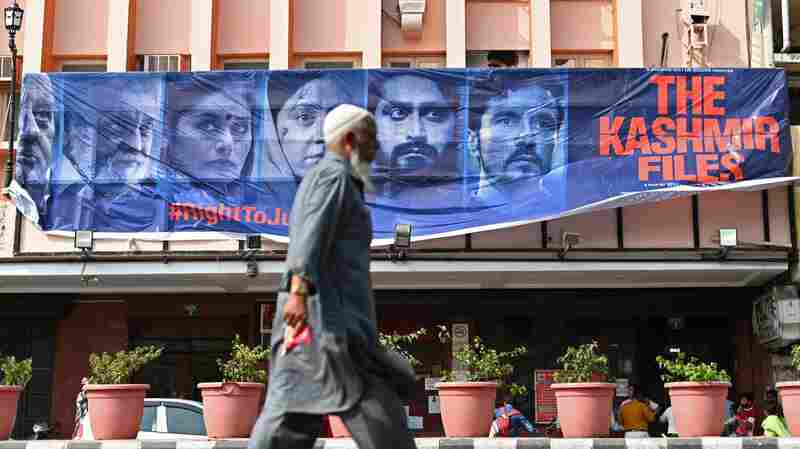 A man walks past a banner of Bollywood movie The Kashmir Files outside a cinema in the old quarters of Delhi on March 21, 2022. Sajjad Hussain/AFP via Getty Images hide caption

November 30, 2022 • Controversy has erupted at one of India's top film festivals over the screening of a movie with Hindu nationalist themes. Were the jury head's comments an artistic critique or political commentary? 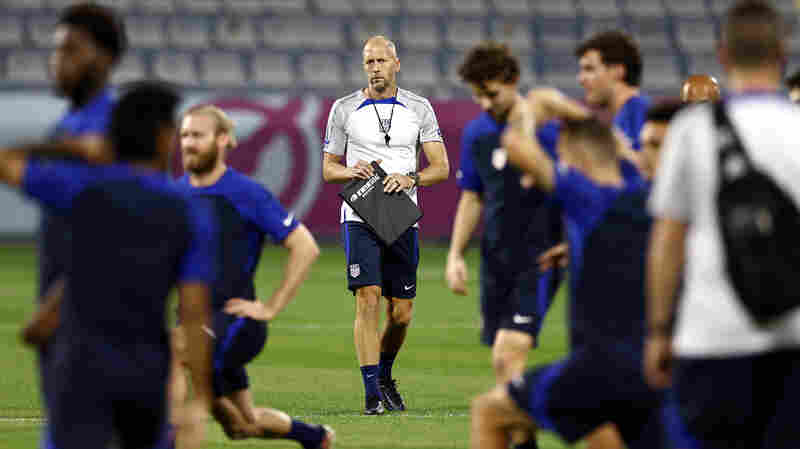 What's at stake as the U.S. faces Iran at the World Cup

November 29, 2022 • The U.S. has to beat Iran to advance, while Iran only has to tie. The match comes after controversy over flags, Iran's national anthem, and ongoing protests in Iran.

What's at stake as the U.S. faces Iran at the World Cup 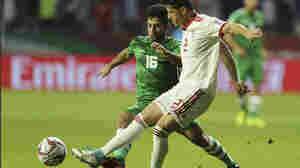 Iranian soccer player Voria Ghafouri (right), then a member of the national soccer team, fights for the ball with Iraqi midfielder Hussein Ali during the AFC Asian Cup soccer match in Dubai in 2019. The semiofficial Fars and Tasnim news agencies reported on Thursday that Iran arrested Ghafouri for insulting the national soccer team and criticizing the government. Kamran Jebreili/AP hide caption

November 24, 2022 • Voria Ghafouri, a prominent player who wasn't chosen to go to the World Cup, is an outspoken critic of Iran's authorities. Reports of his arrest came ahead of Friday's Iran-Wales World Cup match. 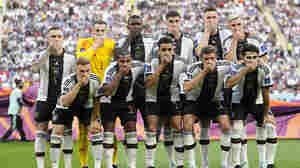 Players from Germany pose for the team photo as they cover their mouth during the World Cup group E soccer match between Germany and Japan on Wednesday. Ebrahim Noroozi/AP hide caption

November 23, 2022 • The players covered their mouths for their team photo in an apparent rebuke of FIFA's clampdown on plans to wear armbands to protest discrimination in host nation Qatar. 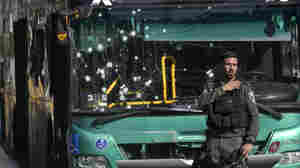 Israeli police inspect the scene of an explosion Wednesday at a bus stop in Jerusalem. Mahmoud Illean/AP hide caption

November 23, 2022 • Tensions between Israelis and Palestinians have been surging for months, amid nightly raids in the West Bank prompted by a spate of attacks against Israelis that killed 19 people in the spring. 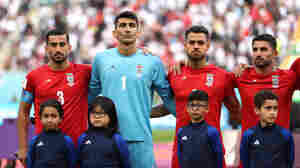 November 21, 2022 • In Iran, a human rights protest movement has swept the country and authorities have cracked down on demonstrators. On Monday, the men's national team appeared to show their solidarity. 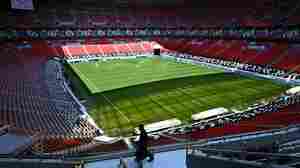 The 2022 World Cup in Qatar begins, warts and all

November 20, 2022 • Ever since FIFA awarded the world's biggest sporting event to Qatar in 2010, the soccer tournament has been clouded by bribery, migrant deaths and questions about the country's human rights record. 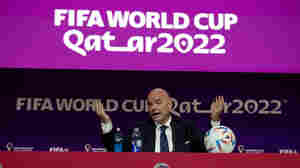 FIFA President Gianni Infantino on Saturday derided Western critics of Qatar's human rights record and blasted their 'hypocrisy' during an opening news conference in Doha, Qatar, before the World Cup, which kicks off on Sunday. Christopher Lee/Getty Images hide caption 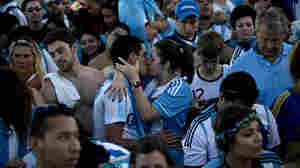 November 19, 2022 • A FIFA boss once said, "Alcoholic drinks are part of the FIFA World Cup." But that was then. A beer ban in stadiums is just one of the changes fans face in Qatar. 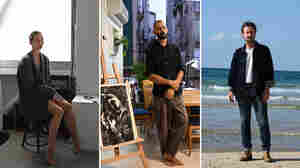 November 19, 2022 • Russia is losing creative talent. Some of its biggest artists have immigrated to Israel this year to rebuild their careers and safely voice their conscience about the war in Ukraine. 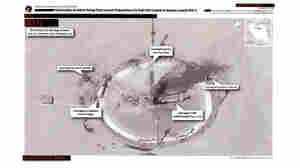 November 18, 2022 • More than three years after his tweet, the U.S. government has formally declassified the image from one of its most powerful spy satellites. 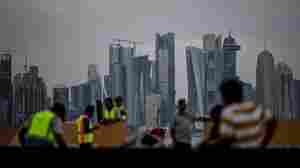 Why Qatar is a controversial host for the World Cup

November 18, 2022 • FIFA's choice of Qatar to host the World Cup has long been marred by criticism over human rights abuses, the safety of migrant workers and the logistics of holding a soccer tournament in desert heat. 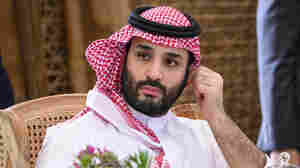 November 18, 2022 • The U.S. declaration that Saudi Arabia's crown prince should be considered immune from a lawsuit over his role in the killing of a U.S.-based journalist breaks from Joe Biden's campaign denunciations. 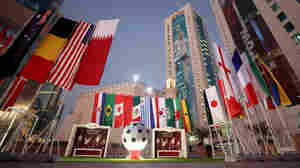 November 17, 2022 • Football, aka soccer, is life. At least, it is for many people across the globe. There are few things that are universally beloved but this sport comes close. And as teams on nearly every continent prepare for the start of the World Cup, all eyes are on one tiny country at the tip of the desert. Qatar. The first Arab country ever to secure the World Cup bid. But it's been a long and complicated road to get to this moment. Espionage. Embargoes. Covert deals. This is the story of Qatar's decades-long pursuit of the World Cup bid and its role in the nation's transformation into a global power. 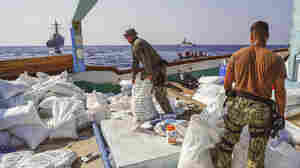 Sailors inventory urea and ammonium perchlorate found on a dhow intercepted in the Gulf of Oman. The U.S. Navy says it found 70 tons of a missile fuel component hidden among bags of fertilizer aboard a ship bound to Yemen from Iran. Kevin Frus/U.S. Navy via AP hide caption

U.S. Navy seizes 70 tons of Iranian missile fuel from a sailboat to Yemen

November 15, 2022 • The load — enough for a dozen medium-range ballistic missiles — was hidden among bags of fertilizer on a wooden ship called a dhow. It likely was bound for Yemen's Iran-backed Houthi rebels. 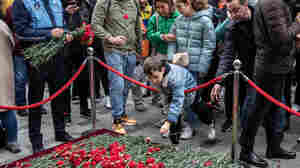 November 14, 2022 • Turkish authorities blamed a Kurdish group active in Syria. Turkey views the group as the Syrian affiliate of the Kurdistan Workers Party, which it has been battling for decades. 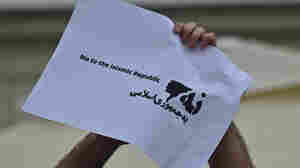 After Jina Amini died while in custody of Iran's morality police, rappers and rap music have been a vocal presence in the deadly protests taking place in the country. NurPhoto/NurPhoto via Getty Images hide caption

November 12, 2022 • NPR's Scott Simon speak to Nahid Siamdoust, assistant professor of Middle Eastern Studies at the University of Texas at Austin, about the role of rap in protests and political dissent in Iran. 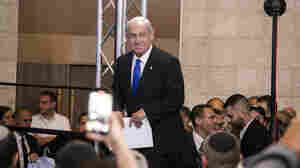 As Netanyahu forms Israeli government, U.S. may boycott one of his far-right allies

November 7, 2022 • As the former Israeli prime minister returns to power, he's expected to give a post to a politician once convicted of inciting racism — whom the Biden administration might choose not to engage with.

As Netanyahu forms Israeli government, U.S. may boycott one of his far-right allies 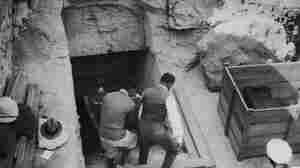 Crates are brought out of King Tut's tomb in 1923, shortly after its discovery. Hulton Archive/Getty Images hide caption

November 7, 2022 • Uncovered coffins, papyrus documents and other artifacts have recently been found at the Saqqara site in Giza, Egypt. It coincides with a new accusation that jewelry was stolen from the site. 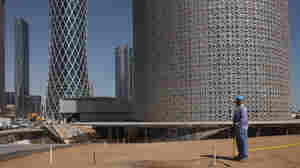 Its been reported that more than 6,500 migrant laborers died in the course of the construction work for the World Cup over the last twelve years. Sean Gallup/Getty Images hide caption

November 2, 2022 • Billions will be watching when the men's soccer World Cup begins in Qatar this month. But the country's human rights record will also be in the global spotlight during the tournament. 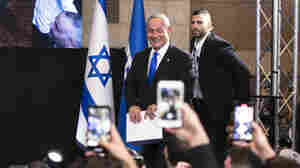 With most votes now counted, Netanyahu seems poised to return as Israel's leader

November 2, 2022 • "We are on the cusp of a very big victory," Benjamin Netanyahu told supporters. He has partnered with the far-right and vowed to impose tougher law enforcement on Palestinians.

With most votes now counted, Netanyahu seems poised to return as Israel's leader 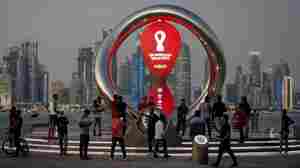 People gather in November 2021 around the official countdown clock showing remaining time until the kick-off of the World Cup 2022 in Doha, Qatar. Darko Bandic/AP hide caption

November 1, 2022 • Up to 1,600 fans of qualifying teams will be put up for at least two weeks to join the opening ceremony and promote positive social media content about the soccer tournament and the host nation. 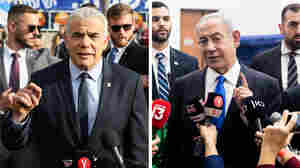 After Israel's election, polls point to a close race that could bring Netanyahu back

After Israel's election, polls point to a close race that could bring Netanyahu back