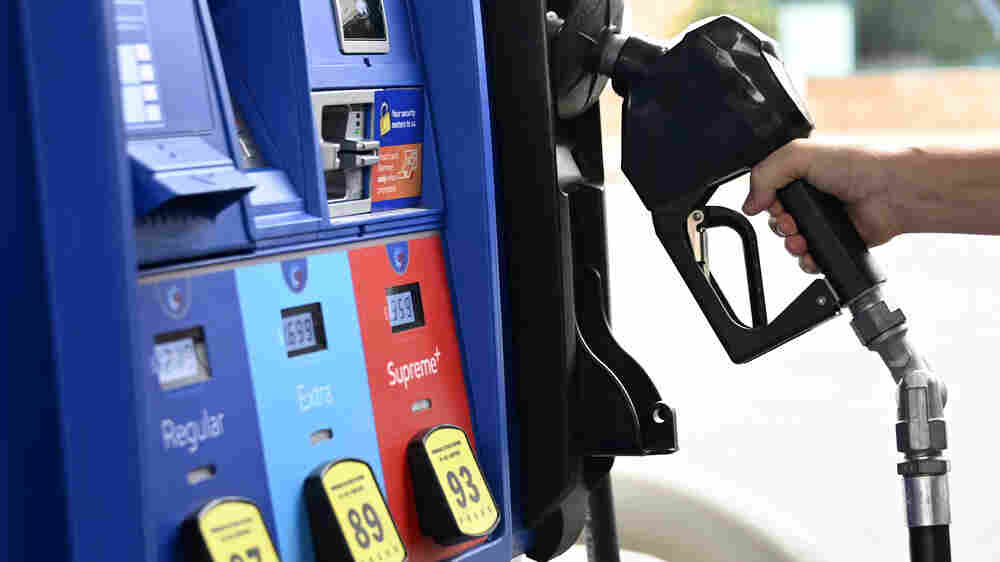 A person goes to the pump at a gas station in Arlington, Va., on July 29. The national average price of gasoline fell below $4 a gallon on Thursday. Olivier Douliery/AFP via Getty Images hide caption

Gas prices drop below $4 a gallon. These factors will determine what happens next

August 11, 2022 • The national average price of gasoline has fallen below $4 a gallon. These are four key factors that could determine what happens next with prices at the pump.

Gas prices drop below $4 a gallon. These factors will determine what happens next 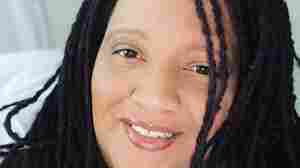 Nikki Cox faced possible eviction this summer after her work hours were cut, and then she lost three weeks of pay after getting COVID-19. Via Nikki Cox hide caption

'We have nowhere to go': Many face eviction during a crisis in affordable housing

August 9, 2022 • Most Americans say a lack of affordable housing is a serious problem where they live. An NPR poll also finds nearly twice as many Black renters as white faced an eviction threat in the past year.

'We have nowhere to go': Many face eviction during a crisis in affordable housing August 3, 2022 • More than three-quarters of adults in the United States say they've experienced extreme weather in the last five years, according to a nationwide survey conducted by NPR, the Robert Wood Johnson Foundation, and the Harvard T.H. Chan School of Public Health. 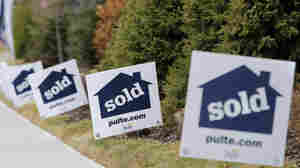 Homeownership feels out of reach for many Americans. Seth Wenig/AP hide caption

As interest rates rise, the 'American dream' of homeownership fades for some

July 30, 2022 • Rising interest rates and fierce competition are pushing many potential homeowners out of the market, leading one person to conclude: "I feel like the American dream isn't attainable anymore."

As interest rates rise, the 'American dream' of homeownership fades for some 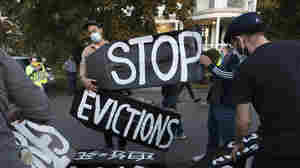 Housing activists in Swampscott, Mass., on Oct. 14, 2020. A congressional report finds that four corporate landlords acted aggressively to push out tenants during the first year of the pandemic, despite a federal eviction moratorium and billions in emergency rental aid. Michael Dwyer/AP hide caption

July 28, 2022 • Congress finds four companies appeared to have a strategy to get tenants to leave during the pandemic. Many faced eviction after missing only one payment, and while waiting for emergency rental aid. What you need to know about preparing financially for a baby

July 26, 2022 • Having a baby is one of the biggest — and most expensive — life changes a person can experience. Farnoosh Torabi, editor-at-large at CNET Money, shares what you need to know about budgeting for a baby.

What you need to know about preparing financially for a baby 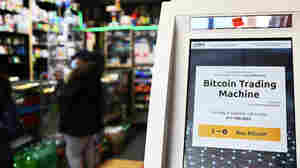 Tesla has pulled back from its $1.5 billion investment in Bitcoin, which it announced in early 2021. Here, a Bitcoin ATM is seen last year inside a New York City store. Michael M. Santiago/Getty Images hide caption

Tesla cashes out $936 million in Bitcoin, after a year of crypto turbulence

July 21, 2022 • Tesla aggressively embraced Bitcoin in 2021, investing $1.5 billion in the currency. But it now says its profitability was affected by "Bitcoin impairment." 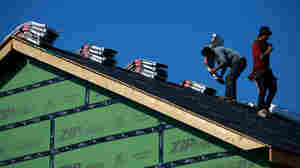 Contractors work on the roof of a house under construction in Louisville, Ky. A new study shows the U.S. is 3.8 million homes short of meeting housing needs. Luke Sharrett/Bloomberg via Getty Images hide caption

There's a massive housing shortage across the U.S. Here's how bad it is where you live

July 14, 2022 • Hundreds of cities and towns are seriously short of housing, both homes to buy and rentals, according to a new study. It's the main reason that home prices and rents are so high.

There's a massive housing shortage across the U.S. Here's how bad it is where you live 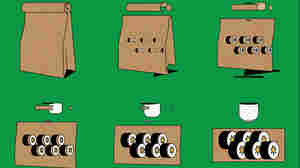 If your spending is eating your savings, you might be experiencing 'lifestyle creep'

July 14, 2022 • Making more money tends to lead to spending more money. It's a phenomenon known as "lifestyle creep." Paco de Leon, author of Finance for the People, shares advice on keeping your long-term financial goals in check and fending off the subconscious urge to automatically increase spending when your income increases.

If your spending is eating your savings, you might be experiencing 'lifestyle creep' 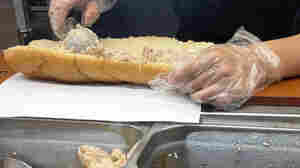 A worker at a Subway sandwich shop makes a tuna sandwich last year in San Anselmo, California. A lawsuit in federal court accuses the restaurant giant of not using 100% tuna in its offerings — and a judge has denied Subway's request to dismiss the suit. Justin Sullivan/Getty Images hide caption

July 13, 2022 • The case centers on what consumers expect when they order a tuna sandwich: the word "tuna" appears 244 times in the plaintiff's 28-page amended complaint. 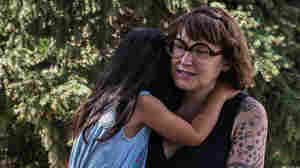 Jeni Rae Peters and daughter embrace at their home in Rapid City, S.D. In 2020, Peters was diagnosed with stage 2 breast cancer. After treatment, Peters estimates that her medical bills exceeded $30,000. Dawnee LeBeau for NPR hide caption

She was already battling cancer. Then she had to fight the bill collectors

July 9, 2022 • For one South Dakota mom, cancer treatment saved her life, but left her $30,000 in debt. The cost of care in the U.S. can make patients drain savings, declare bankruptcy, or lose their homes.

She was already battling cancer. Then she had to fight the bill collectors 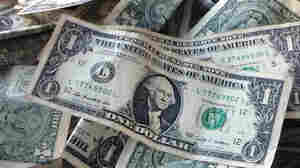 The Federal Reserve is raising interest rates to combat inflation. It's having a trickle-down effect, resulting in higher mortgage rates, an increase in credit card interest and more. There are steps you can take to improve your financial situation as prices continue to climb. Mark Lennihan/AP hide caption

In a turbulent economy, here's how to weather the inflation storm

July 6, 2022 • In a turbulent economy, here's how to weather the inflation storm. Experts offer ways to make better financial decisions as the government struggles to control inflation and head off a recession. 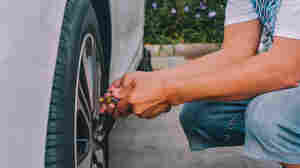 July 5, 2022 • Car ownership can be intimidating — and expensive — especially when it comes to upkeep. Auto educator and journalist Chaya Milchtein shares tips to help you maintain essential safety features in a car, how to find the right mechanic for you and when it's time for a new car. 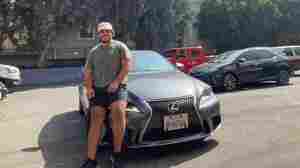 Monthly car payments have crossed a record $700. What that means

July 2, 2022 • The average cost of a new car is also at the highest on record, topping $47,000 a pop. At this rate, an essential household purchase is starting to feel like a luxury in America.

Monthly car payments have crossed a record $700. What that means 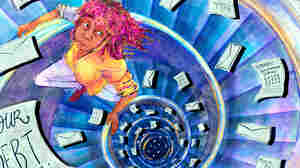 July 1, 2022 • Bills can add up fast when you're dealing with a health crisis. And if you can't pay them, they can wreak havoc on your finances. Here's how to stay out of medical debt — or make it go away. 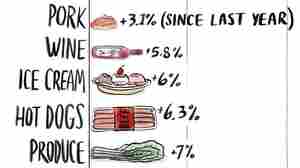 July 1, 2022 • Hosting a July 4th barbeque is 11 percent more expensive than last year, thanks to inflation. The prices of chicken wings, ground beef and beer have all skyrocketed. Still, there are ways to save. 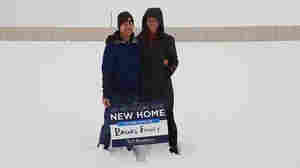 Ari and TR Brooks stood on the land where their new home would be built the day they agreed to buy it back in February of 2021. But the home is still not completed and mortgage rates have risen dramatically. TR Brooks hide caption

June 29, 2022 • Many Americans put down deposits of $20,000 or more with builders to put up new homes. But with mortgage rates rising, some can no longer afford the homes. And they could lose their deposits. 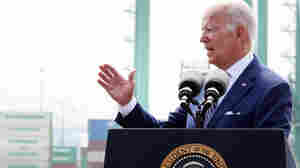 What's causing inflation? One expert walks through some of the factors

June 29, 2022 • As many Americans continue to struggle financially because of inflation, we set out to clear the air on some common claims about what's going on.

What's causing inflation? One expert walks through some of the factors 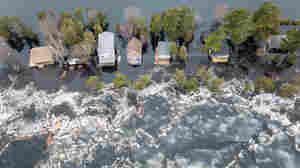 June 29, 2022 • A majority of people say they have experienced extreme weather in the last five years, according to a nationwide survey conducted by NPR, the Robert Wood Johnson Foundation and the Harvard T.H. Chan School of Public Health. 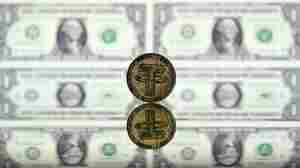 The promise and peril of crypto for Black investors

June 28, 2022 • Black consumers are more likely to own crypto than white consumers and crypto enthusiasts laud the crypto world as a driver for racial equity. In today's show we explore that premise. If you're interested in learning more, listen to the episode and check out Terri Bradford's article on Black crypto ownership.

The promise and peril of crypto for Black investors 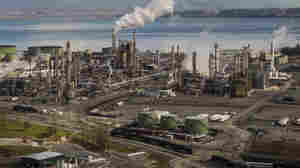 How a massive refinery shortage is contributing to high gas prices

June 26, 2022 • Oil refineries have lost capacity over recent years, making it nearly impossible to increase supply and stabilize gas prices at the pump. 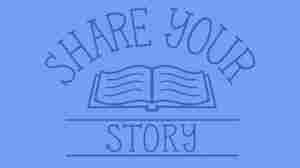 Did you put money down to buy a home that wasn't built yet and now are struggling to afford it because of higher mortgage rates? We want to hear from you. NPR hide caption

Are rising interest rates giving you grief while you wait for your home to be built?

June 24, 2022 • Many people are getting hurt financially because mortgage rates rose sharply while they were waiting for their new homes to be built. And now it's hard or impossible to buy them. Share your story. 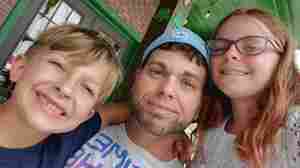 Brandon Schwedes of Port Orange, Fla., with his 11-year-old daughter and 8-year-old son. Schwedes had to move this year when the landlord dramatically raised the rent, then was outbid before finding another place he could afford. Brandon Schwedes hide caption

June 24, 2022 • Rising mortgage rates and a wave of millennials put more pressure on the rental market. Rents have soared by double digits, but landlords say they're also struggling with higher costs.