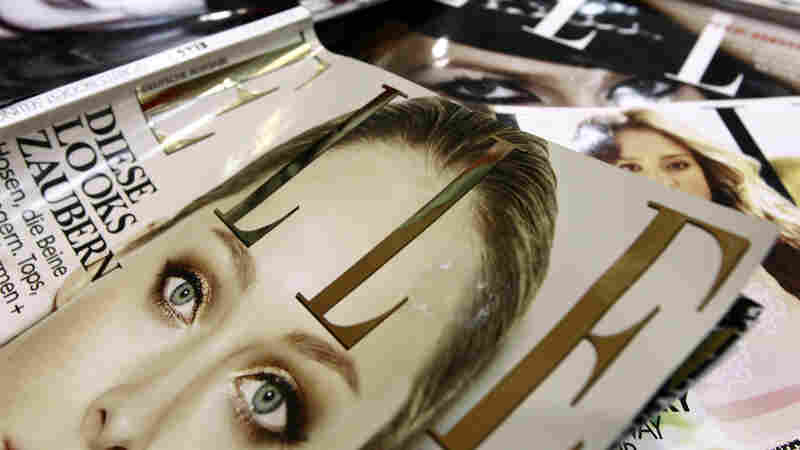 A file picture taken in January 2011 in Paris shows covers of some of the 42 foreign editions of the French fashion magazine "Elle", owned by French media conglomerate Lagardere. JOEL SAGET/AFP via Getty Images hide caption

Elle magazine says it will ban fur from its publications worldwide

December 2, 2021 • So far, 13 editions globally have implemented the ban, with 20 more set to do so by January 1. The magazine says the decision reflects changing tastes in fashion. 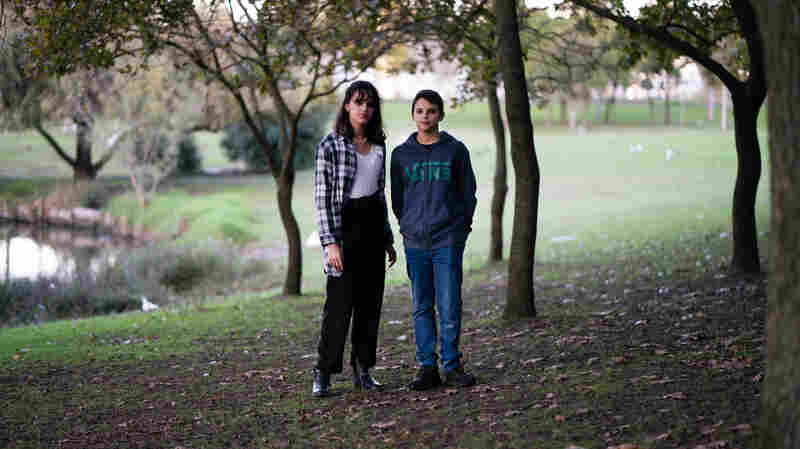 Sixteen-year-old Sofia (left) and 13-year-old André Oliveira stand in Parque da Paz in Lisbon. The siblings are two of six young people in Portugal who are suing the governments of Europe's most polluting countries, including their own, to force them to cut emissions. Claire Harbage/NPR hide caption

December 2, 2021 • Adults "can see us as serious or they can see us as a joke," one of the kids says. "A lawsuit is not a joke," her brother adds. The European Court of Human Rights has fast-tracked their 2020 lawsuit. 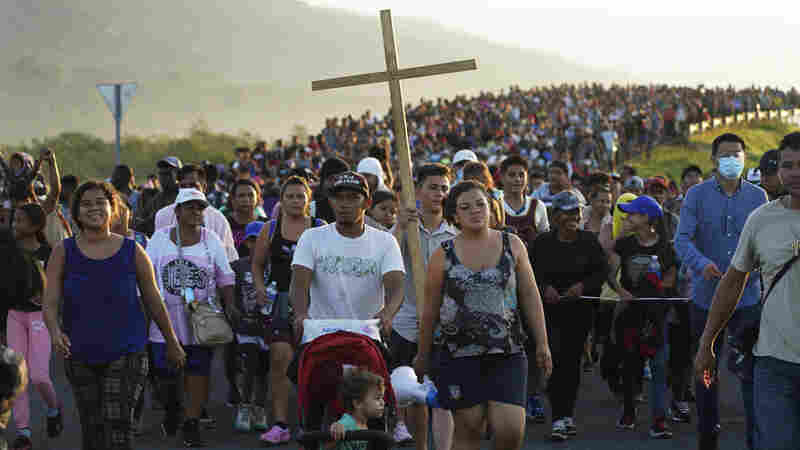 U.S. will resume 'Remain in Mexico' policy for asylum-seekers

December 2, 2021 • Migrants seeking to enter the United States will again have to stay in Mexico as they await immigration hearings, as the Biden administration reluctantly announced plans to comply with a court order. 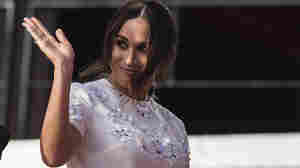 Meghan, Duchess of Sussex (shown here in New York City in September), won the latest stage in her long-running privacy lawsuit against a newspaper publisher over its publication of parts of a letter she wrote to her estranged father Thomas Markle after she married Prince Harry in 2018. Stefan Jeremiah/AP hide caption

Meghan, Duchess of Sussex, wins latest stage of her privacy dispute with a publisher

December 2, 2021 • A U.K. court backed the former Meghan Markle in her long-running lawsuit against a British newspaper publisher over its publication of parts of a letter she wrote to her estranged father. 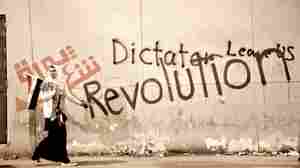 December 2, 2021 • The Arab Spring erupted eleven years ago when a wave of "pro-democracy" protests spread throughout the Middle East and North Africa. The effects of the uprisings reverberated around the world as regimes fell in some countries, and civil war began in others. This week, we remember the years leading up to the Arab Spring, and its lasting impact on three people who lived through it. 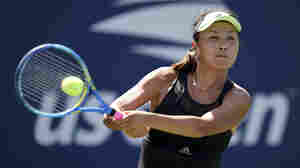 Chinese tennis star Peng Shuai plays during the second round of the U.S.Open tennis championships in 2019. The Women's Tennis Association says they are canceling all tournaments in China after Peng Shuai was silenced after revealing her sexual assault. Michael Owens/AP hide caption

December 1, 2021 • WTA Chairman Steve Simon said he is "greatly concerned" about the risks players and staff would face after the treatment of tennis star Peng, who says she was sexually assaulted by a Chinese official. 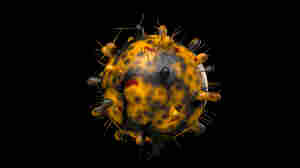 Here's a computer-generated image of the omicron variant of the coronavirus — also known as B.1.1.529. Reported in South Africa on Nov. 24, this variant has a large number of mutations, some of which are concerning. Uma Shankar Sharma/Getty Images hide caption

The mystery of where omicron came from — and why it matters

December 1, 2021 • How did this new strain of the coronavirus evolve? Researchers are investigating various possibilities. One leading theory involves ... just one person.

The mystery of where omicron came from — and why it matters 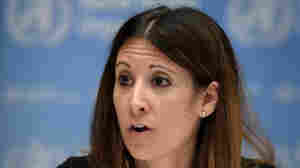 The omicron variant has been found in 24 countries

December 1, 2021 • More should be known about the transmissibility and severity of the new variant in "days, not necessarily weeks," a senior World Health Organization scientist says. 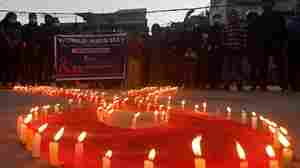 Volunteers stand after lighting candles in the shape of a red ribbon during an awareness event ahead of World AIDS Day in Kathmandu on Tuesday. Prakash Mathema/AFP via Getty Images hide caption

December 1, 2021 • This is the second World AIDS Day during the coronavirus pandemic. Public health officials are calling on world leaders to do more to address the inequities at the root of both crises. 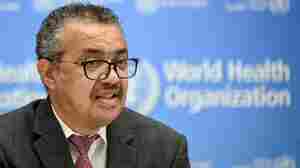 December 1, 2021 • The coronavirus outbreak exposed flaws in the global health system but also showed a willingness among countries to work together, Tedros Adhanom Ghebreyesus, the WHO's director-general, says. 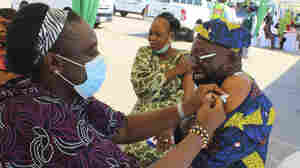 Nigeria detects an omicron case from weeks before it was first reported in S. Africa

December 1, 2021 • It is the first West African country that has recorded the omicron variant and adds to a list of nearly 20 countries where the variant has been detected. The U.N. predicts that 2021 global tourism losses will barely improve over last year

November 30, 2021 • The recent emergence of the highly transmissible omicron variant presents another potential hurdle as the tourism industry prepares for the upcoming winter holiday season. 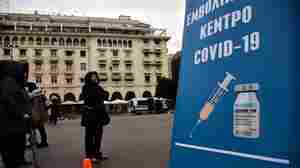 Patients queue to get vaccinated against COVID-19, in Aristotelous Square, in the center of the Greek city of Thessaloniki on November 26, 2021. Sakis Mitroldis /AFP via Getty Images hide caption

Greece will mandate the COVID-19 vaccine for anyone over 60, or make them pay fines

November 30, 2021 • Anyone who refuses to get vaccinated will face monthly fines of 100 euros, or roughly $114. The monthly fine is substantial for retirees — the average pension is 730 euros a month. The Iraqi Taha Al-J. is led into the courtroom at Frankfurt's Higher Regional Court before the verdict is pronounced in Frankfurt, Germany, on Tuesday. Frank Rumpenhorst/AP hide caption

November 30, 2021 • A German court on Tuesday convicted the man of genocide and committing a war crime over the death of a 5-year-old Yazidi girl he had purchased as a slave and then chained up in the hot sun to die. 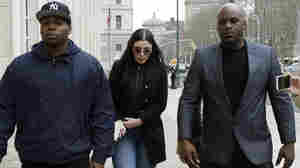 Wife of drug kingpin 'El Chapo' is sentenced to 3 years in prison on U.S. charges 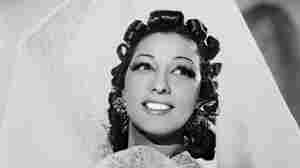 November 30, 2021 • The trailblazing U.S.-born star and civil rights activist was given France's highest honor on Tuesday when she was inducted into the Pantheon. She first achieved fame in Paris in the 1920s. 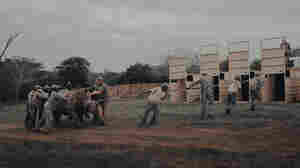 November 30, 2021 • The roughly 2,000-mile journey took the rhinos to their new home in Akagera National Park, where advocates hope the animals will be able to establish a new breeding stronghold and evade poachers. 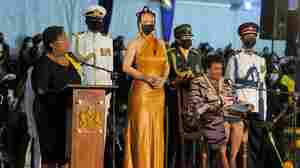 Barbados breaks with the queen and becomes the world's newest republic

November 30, 2021 • With cheers and fireworks, the island nation became a parliamentary republic, swore in its first president and declared Barbadian-born Rihanna a national hero. Members of the Australian Parliament are sworn in on the first day of Federal Government in Canberra in 2008. An Australian government-commissioned report released on Tuesday, Nov. 30, revealed the alarming extent of sexual harassment among those working for some of its highest legislative and elected offices. Mark Graham/AP hide caption

1 in 3 people working at Australia's parliament are sexually harassed, a report finds

November 30, 2021 • A new report details the stunning culture of sexual harassment and bullying in Australia's parliamentary offices. It comes after another wave of #MeToo protests rocked the country in March. Dutch health authorities say they've identified early cases of the new omicron variant of the coronavirus — including one from a sample taken the week before South Africa raised the alarm about the mutated variant. Other cases were found through tests at Schiphol airport in Amsterdam. Kenzo Tribouillard/AFP via Getty Images hide caption

November 30, 2021 • The rapidly spreading variant was identified in retests of samples that were taken on Nov. 19 and 23 in the Netherlands, according to a Dutch health agency. 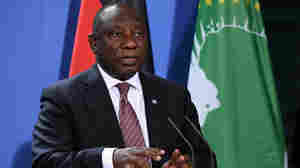 South African President Cyril Ramaphosa in August. He called on Western nations on Sunday to scrap travel restrictions placed on southern Africa to stem the spread of the omicron variant. "The prohibition of travel is not informed by science nor will it be effective in preventing the spread of this variant," he said. Tobias Schwarz/Reuters hide caption

November 30, 2021 • African nations are bristling at the restrictions imposed on them by rich countries — and say they are harmful to local economies and discriminate against countries in the region.